What's the big hoo-hah about Ivermectin all of a sudden? 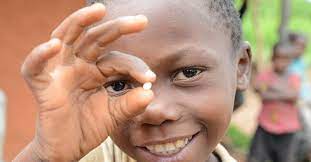 What's the big hoo-hah about Ivermectin all of a sudden?

Recently, there's been a lot of social media chatter about Ivermectin - that "It's an animal medication!", "It cures Covid!", "Don't take it, it kills!" etc.

For over 30 years, this drug has been a godsend to folks blighted by river blindness AND elephantiasis. For Singapore folks like me, the closest I get to river blindness is when I try to take a dawn picture at Kallang and the river slaps me with an insouciant glare from the sun.

What river blindness is - is when microscopic thread-like worms make their way into that clear covering of the eye called the cornea and trigger an immune response causing an injection of keratin turning it opaque. One to two million people get it every year with about half eventually going permanently blind. The other half live with some kind of visual impairment. And it is all due to the bite of a black fly that loves living near angry waterways.

If the microscopic threadlike worms are lazy, they ride along the lymphatic system and you'll end up with swollen limbs and joints, hence the condition "elephant leg". When dead, the worms cause intense itching and even skin depigmentation, giving you a "leopard spotty" camouflage.

Ivermectin works. And it works particularly well against parasitic round worms, what scientists call "nematodes". Worms that are flat are called, well, flatworms. Ivermectin is also highly effective against ticks or what we all know as "kutu" around these parts. Fish farmers have been using the drug to rid their pools of fish lice.

For sure, Ivermectin did not start life as a river blindness cure. It was hailed as a wonder drug six years prior in the bovine husbandry industry. Parasitic infection was a very serious matter then, affecting our ability to have one hamburger or two.

We have all seen how bochap cows stand serene in a sweet-looking pastoral field only for them to be constantly swishing their tails as if quick-charging an imaginary handphone.

Forget methane. If you can harness the energy from their swishing tails, I believe a small town can light up for Halloween a whole week! Or at least Farmer Bill could get in more than one warm bath a week and not smell like the titular barn each time he steps into the house.

The problem was particularly acute in Brazil. The country was a major exporter of beef. Eighty percent of their cattle were at any one time infected with some kind of parasite or other, causing a $2 billion annual loss. With Ivermectin, that loss quickly flipped into an annual billion dollar positive gain. No wonder money politics is so prevalent there, as well as a romanticised life of the macho "ranchero" there. A local sitcom featuring a "stud" is sure to do well there. Doesn't matter if he's "bent" like Ricky Martin. A beefcake is a beefcake is a beefcake.

So, who discovered Ivermectin? I would love it to be that karang guni man digging around the back lane in my hometown of Geylang, but no. It was a scientist - a certain Satoshi Omura - who was digging up soil looking for useful microbes near a golf course in  Honshu, Japan. Or more so an Irishman named William Campbell who was a parasite expert and the one who had some skill in purifying whatever substance Omura found that was useful. Their combined effort was an effective drug called Avermectin.

Avermectin? Yes, you read that right.

Ivermectin is just a chemically altered version of Avermectin.

Both gentlemen - Omura for his stubborn screening of useful microbes, Campbell for his good use of chemistry flasks - received the 2015 Nobel Prize in Physiology and Medicine for their momentous efforts. That day, the Earth spun a little faster as bovine creatures all over gleefully farted to celebrate the news. Since 1981, they had swished their tails much less and their four chambered stomach also upset little. Cattle already in abattoirs that day were understandably rather muted (ah, liao kai).

Ivermectin was better known as Mectizan for a long time. The reason is that Merck & Co (yes, that pharmaceutical giant) developed the drug and in 1987, gave it away free to developing countries. If Merck & Co is accused of selling Covid drugs at a ridiculous price today, ask if they are giving them away free to poor countries. They have done it before and should be encouraged to do the same again. A $$$ pfizered heart can be denatured.

Why is Ivermectin so effective against those parasites? The reason could be how its works.

Ivermectin opens up a channel in the membrane of the parasite's nerve cell and causes it to be flooded with chloride ions. This flood of negative ions in turn causes an imbalance to the electrical potential of the cell. When this happens, the neurons are unable to fire and it leaves the creature lembek (muscle feeble) till death overcomes it. In other words, it cannot wriggle away and siam.

In river blindness, a key property of Ivermectin also makes it doubly effective. Its large molecular size does not allow it to seep across the blood-aqueous barrier of the eye. Applied on the cornea, it stays there and rids it of any tiny worms. Or indeed, even those that have burrowed under. If the planet Arrakis rained Ivermectin on Dune, Paul Atreides would not have any worm to ride, only his sandpeople girlfriend behind some rocks (if she's willing, that is). Amorous love-making on sand is only good in the movies. In real life it is.... Well, you know. And then there's the sandflies...

Plus, Ivermectin can both be applied externally AND imbibed. How sweet is that?

So, if Ivermectin had been such a "wonder drug" all these years to river folk, dogs, horses and cattle, what's the big hoo-hah about it being an "experimental" drug for Covid now??? And indeed, even in cancer treatment?

We have all heard of that story about a man curing himself of cancer with a deworming drug meant for his dog. That is not some hillbilly yarn but an established fact. A similar trial has been going on in Melbourne the last three years, and a friend is thriving from it. Last I heard, she's still peeing the same old fashion, firmly seated on the toilet, not with one leg up.

Ah, A dog is Man's best friend. Now, even his medicine cabinet is.

Knowing that our cells mutate each day and are gotten rid of through a process known as "programmed cell death" is reassuring. It is only when this kamikaze mechanism fails that errant cells go on to thrive and cause issues. This act of cell suicide is called apoptosis. Another process is autophagy. It is when a stressed cell is programmed for destruction and its parts recycled for energy. Fasting activates autophagy - why it is good to do that periodically to rid yourself of the cellular weak links in you.

So, in essence, we all live to get cancer and die some day. If you don't, consider yourself lucky; damn lucky. You are one in a million. No, make that in a billion! Unless you are a robot in one of Isaac Asimov's Foundation stories. A boring read but a rather colorful TV series on Apply+ (plug).

In recent years, more and more scientists are looking into how Ivermectin might fight cancer. There have been successful cases against breast cancer (truly a subject worth looking at!)

Because of its unique property of affecting ion channels, these scientists are thinking maybe there is more to Ivermectin than meets the eye (pun). If the drug can encourage cancer (and other errant cells) to commit suicide or recycle itself, isn't that great? It would lead to less invasive and destructive treatments for that dreaded "C" word.

Ivermectin and its class of drugs works but care needs to be taken. Even in its use on river blindness, only a small amount is taken - some 12 mg the whole year split in six-month periods. And this has to be taken for 10 to 14 years. That's how long the adult worm can thrive in a patient. And Ivermectin is often ingested with two other drugs to make it more stable and long term.

I wonder if Tarzan knew about this river blindness disease (officially called Onchocerciasis)? Would he still be so keen to hang around rivers to wrestle crocs? Or stand around a fast moving waterfall and go "orh yee orh"? I think not. 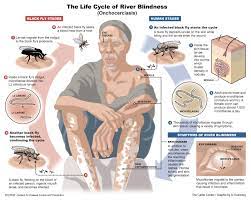